Sometimes reality may actually be stranger than fiction.  A female soldier stationed in Afghanistan unexpectedly gave birth to a baby.      According to an ABC News blog, the soldier did not know that she was pregnant until she felt stomach pains, which turned out to be contractions.    Her baby was delivered 5 weeks premature and pediatricians are being flown in to take care of the baby.      Baby and mom happen to be stationed at the same base that Prince Harry was deployed to in September.  Pregnant women are not deployed and when a soldier has found out that she is pregnant, she is sent home immediately.   Because she delivered right after finding out she was pregnant, there was not enough time to send her home.

Now this whole incident makes for one of those “I Didn’t Know I Was Pregnant” episodes or a Lifetime movie. 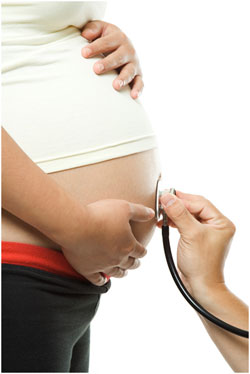