Craig Ferguson and His Wife are Expecting a Baby 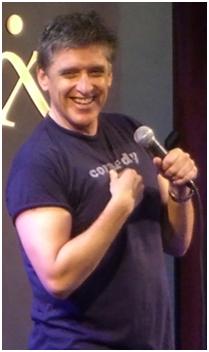 Craig Fergusion, host of The Late Late Show with Craig Ferguson, is expecting his first child with his wife Megan Wallace-Cunningham. The baby is due is due in 2011. Ferguson also has son from her previous relationship.

Ferguson is a Scottish comedian that began his time on The Late Late Show after taking over for Craig Kilborn in January 2006. Ferguson was also a part of the Drew Carey Show when he portrayed Nigel Wick on the show from 1996 to 2003.