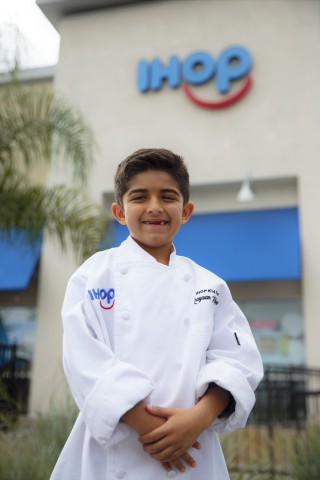 IHOP has hosted its third Kids Chef Competition for patients in any Children’s Miracle Network Hospital. Those patients are given an opportunity to create a new recipe that will be available at IHOP restaurants around the country for a limited time.

Rayaan has a rare autoimmune disorder that at one point left him needing to relearn how to chew after recovering from a coma. During that time, he ate pancakes as he was relearning how to chew. He also loves apple pies and says that his mother makes the best apple pies. These two elements became an inspiration for his pancake recipe.

The Caramel Apple a la Mode pancake is available for dine-in only at participating IHOP restaurants from September 13-October 31, 2021, and $1 from every full stack or combo ordered benefits Children’s Miracle Network Hospitals or The Leukemia & Lymphoma Society.