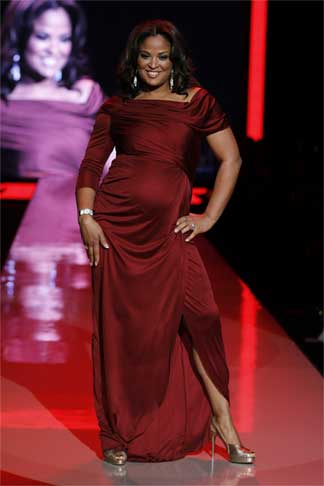 I had my baby girl this morning! Sydney arrived on her due date at 3am! Everyone is happy and healthy.

Sydney is the second child together for Ali and her husband Curtis Conway.  The couple have 2 year-old son named Curtis Muhammad Conway Jr.  Curtis Conway Sr. also has three children from a previous marriage: 15-year-old twin sons Cameron and Kelton and 11-year-old Leilani.

Ali is the daughter of heavy weight champion Muhammad Ali.  Laila Ali also did boxing herself.  Curtis Sr. is former NFL player that played for  Chicago Bears, the San Diego Chargers, the New York Jets and the San Francisco 49ers.