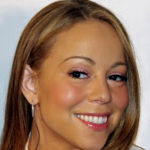 Mariah Carey and Nick Cannon had their twins on April 30th and have now released the names for their baby boy and baby girl.

Their baby girl has been named Monroe Cannon.  Monroe, like her mother, has no middle name.  Monroe was selected for the little girl’s name because it was the last name of Carey’s idol, Marilyn Monroe.  Marilyn Monroe was actually born Norma Jeane Mortenson, but baptized Norma Jeane Baker.

Monroe Cannon’s twin brother did receive a middle name.  His parents decided to name him Moroccan Scott Cannon.   He already has the nickname of “Roc.”  His middle name of Scott is the same as his dad’s middle name.   According to Mariah Carey’s official blog, Nick proposed to her in the Morrocan room of her New York City apartment and that is the inspiration for their son’s first name.